Traveling for the holidays can be both long and boring. Fortunately, podcasts can offer entertainment on the go without being too distracting. Why not spend that time learning more about country music and its storied history?

These are the best podcasts that every country music fan should check out. 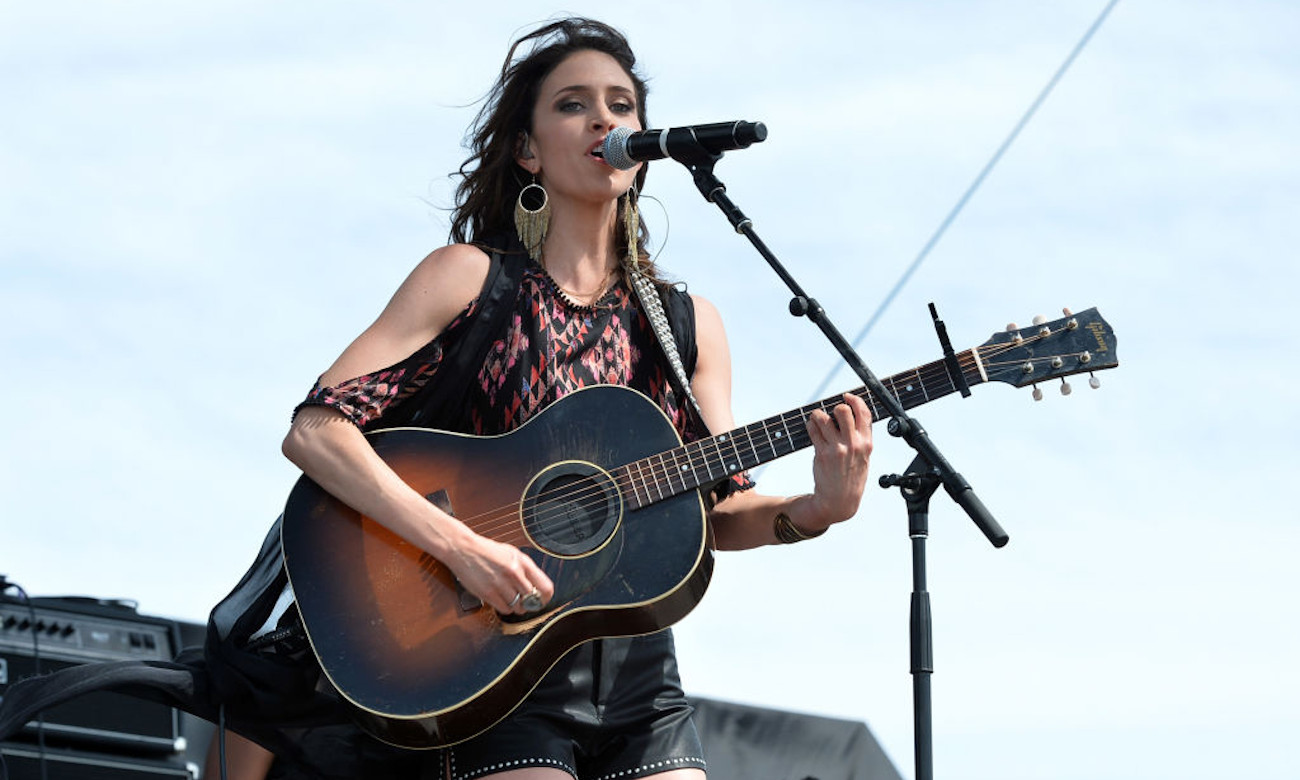 For any inspiring musician looking to break into the industry, “This Nashville Life” is a must listen to. The podcast features singer Kelleigh Bannen exploring the ins-and-outs of the country music industry. She covers the essentials such as songwriting, marketing, recording, and finding a record label. Some of the people she’s recently interviewed include makeup artist Tarryn Feldman as well as Jason Owen, owner of Sandbox Entertainment.

“I’m always looking for new ways to tell the truth, that feel different and fresh,” Bannen said on her website. For any country music history buffs, “Cocaine & Rhinestones” is the podcast for you. The son of outlaw country musician David Allan Coe, Tyler Mahan Coe plays historian for the podcast series. He explores the icons and legends that built up the country music industry during the 20th Century. He covers everything from Loretta Lynn’s controversial birth control song to the singer turned murderer Spade Cooley.

“Country music is wild and it is amazing because the people who made it were wild and they were amazing,” Coe said on his website. “Sometimes they went too far. Sometimes, the amazement we feel will not be the happy kind. You can say the same thing about any other genre of music.” 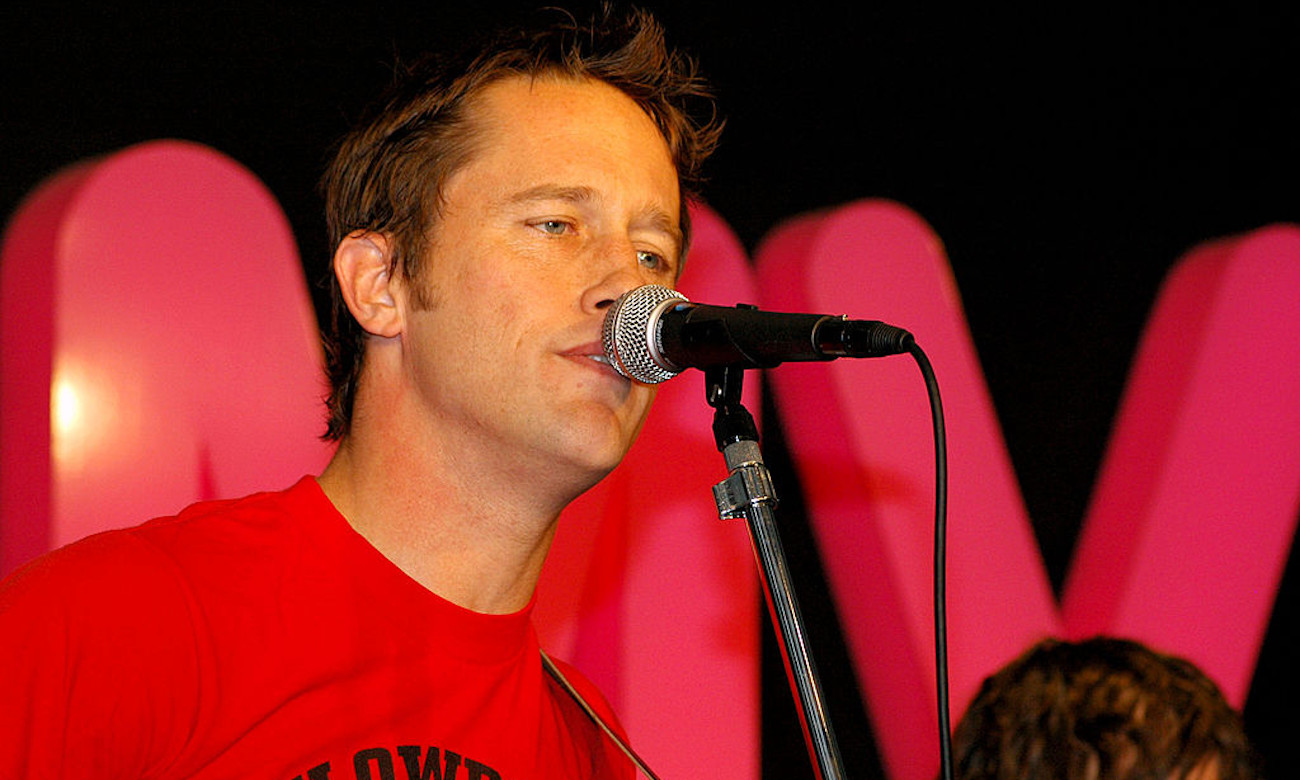 Though he may be known more for his rock music, Chris Shiflett has made a swerve into the country genre in recent years. Shiflett is best known for being the lead guitarist for the Foo Fighters. But he has also released four country albums while away from the band. For those who doubt Shiflett’s love for the genre, turn your attention to the podcast “Walking the Floor.”

The podcast focuses on interviews with both country and indie musicians. Across almost 200 episodes, Shiflett has interviewed everyone from Chris Stapleton to Vince Gill. 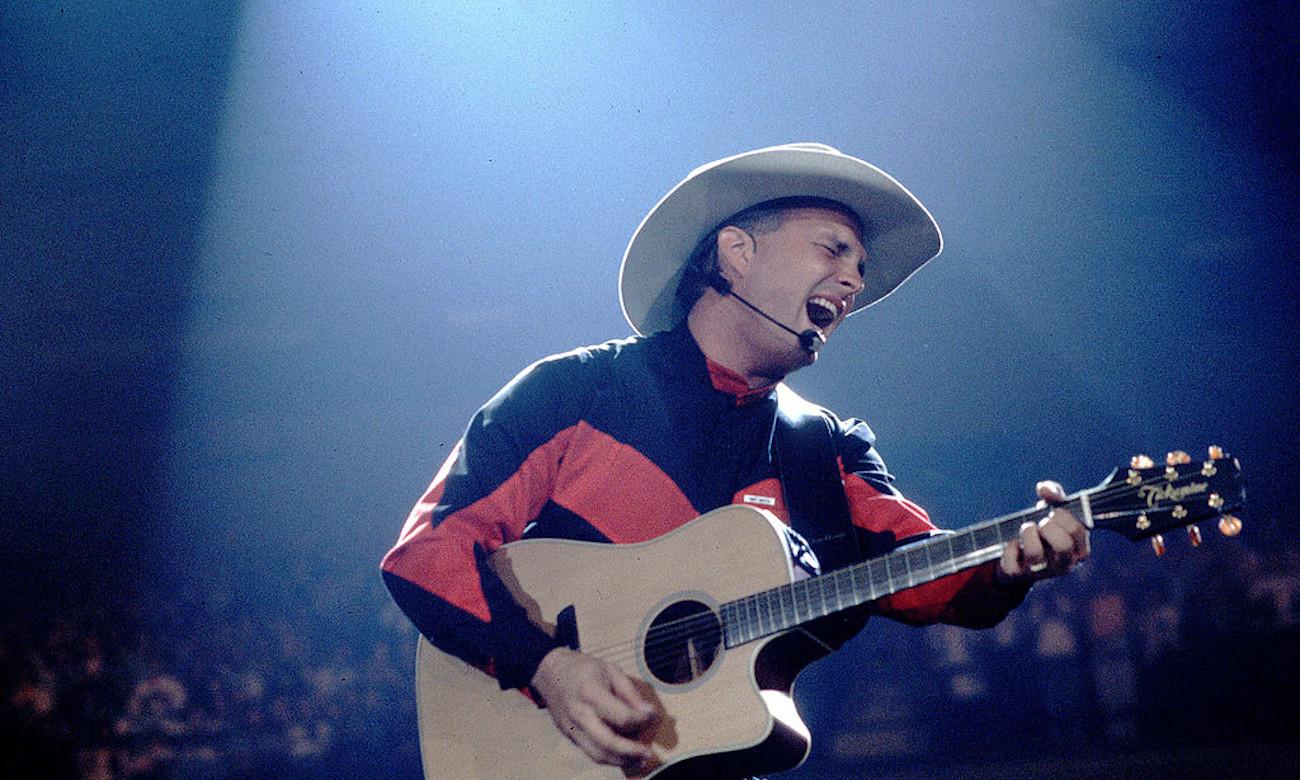 For listeners looking to explore a topic in-depth, the “Chris Gaines: The Podcast” is a fascinating listen. In 1999, country singer Garth Brooks decided to try his hand at a rock album. He released an album under the alter-ego, Chris Gaines. After the album’s release, Brooks abandoned Gaines and the rock genre for good.

Hosts Ashley Spurgeon and Michael Eades explore how Brooks created the character, his reasoning why, and also the impact of his one-time dip into a separate music genre. 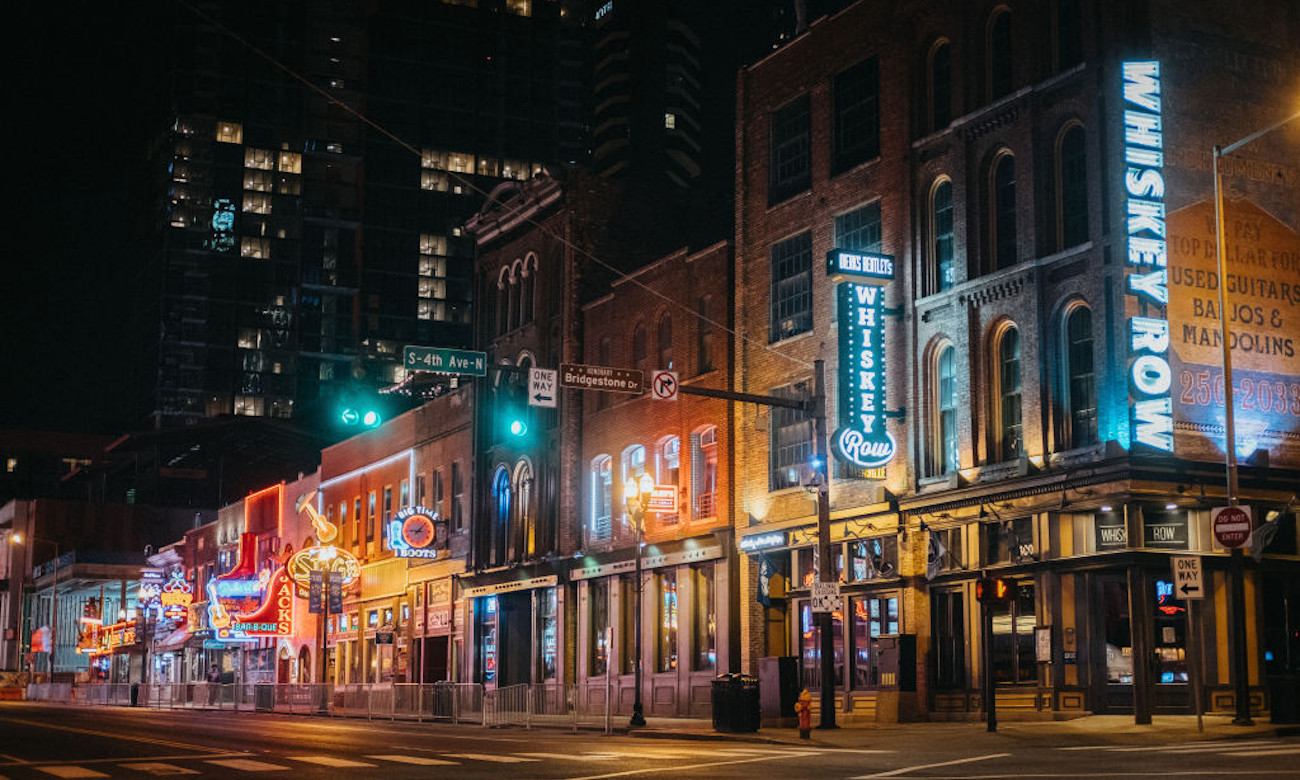 While not specifically a country music podcast, “Curious Nashville” explores the city where country music is made. This podcast is for those that want to explore the history behind the city so many musicians call home. The podcast also isn’t afraid to get a little on the bizarre and strange side. One of the topics it explores is if there’s really a series of tunnels under the city for instance.

‘Get Real With Caroline Hobby’ 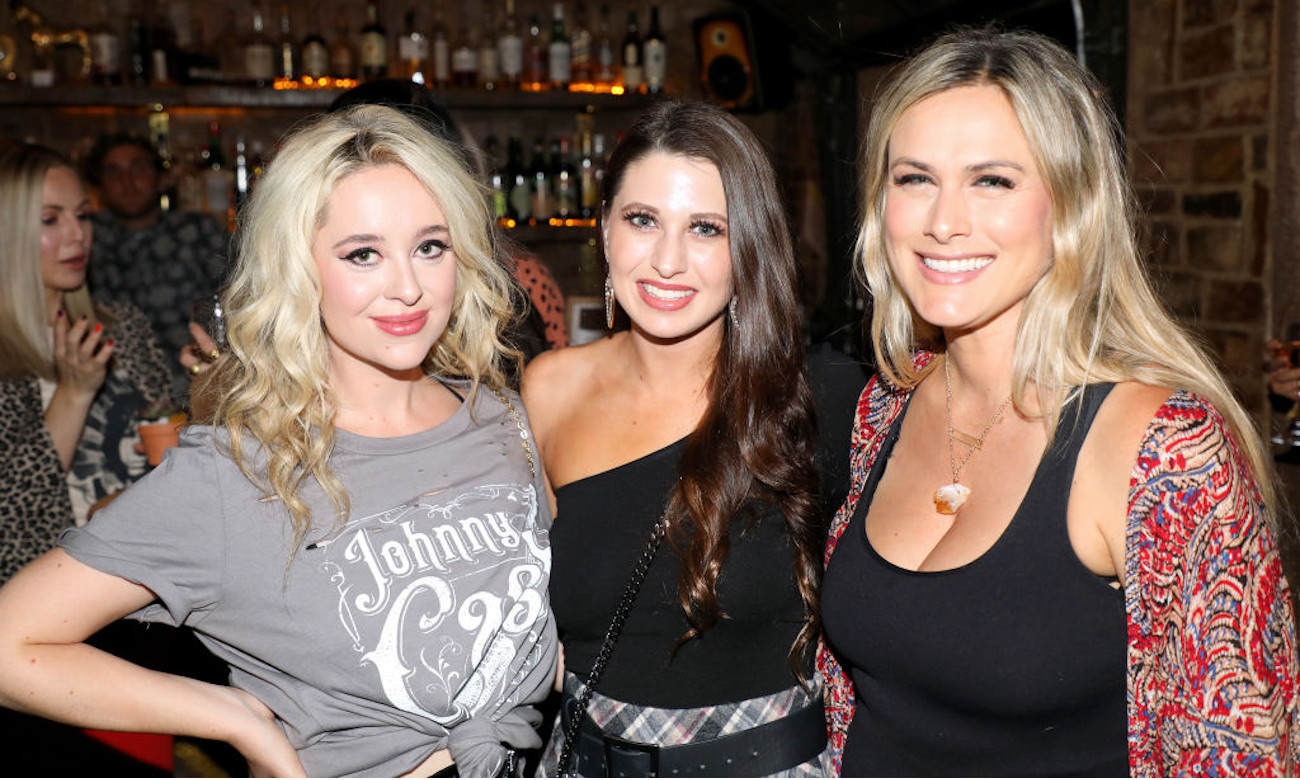 Podcast host Caroline Hobby celebrates all the women of country music and their contribution to the industry. Hobby was a part of the country music trio Stealing Angels. She’s also currently married to A Thousand Horses vocalist Michael Hobby. On her podcast “Get Real with Caroline Hobby,” she explores the industry from a woman’s perspective.

Hobby has interviewed wives of country musicians like Brittany Aldean and Caroline Bryan and also female artists like Sara Evans.

‘Voices in the Hall’ 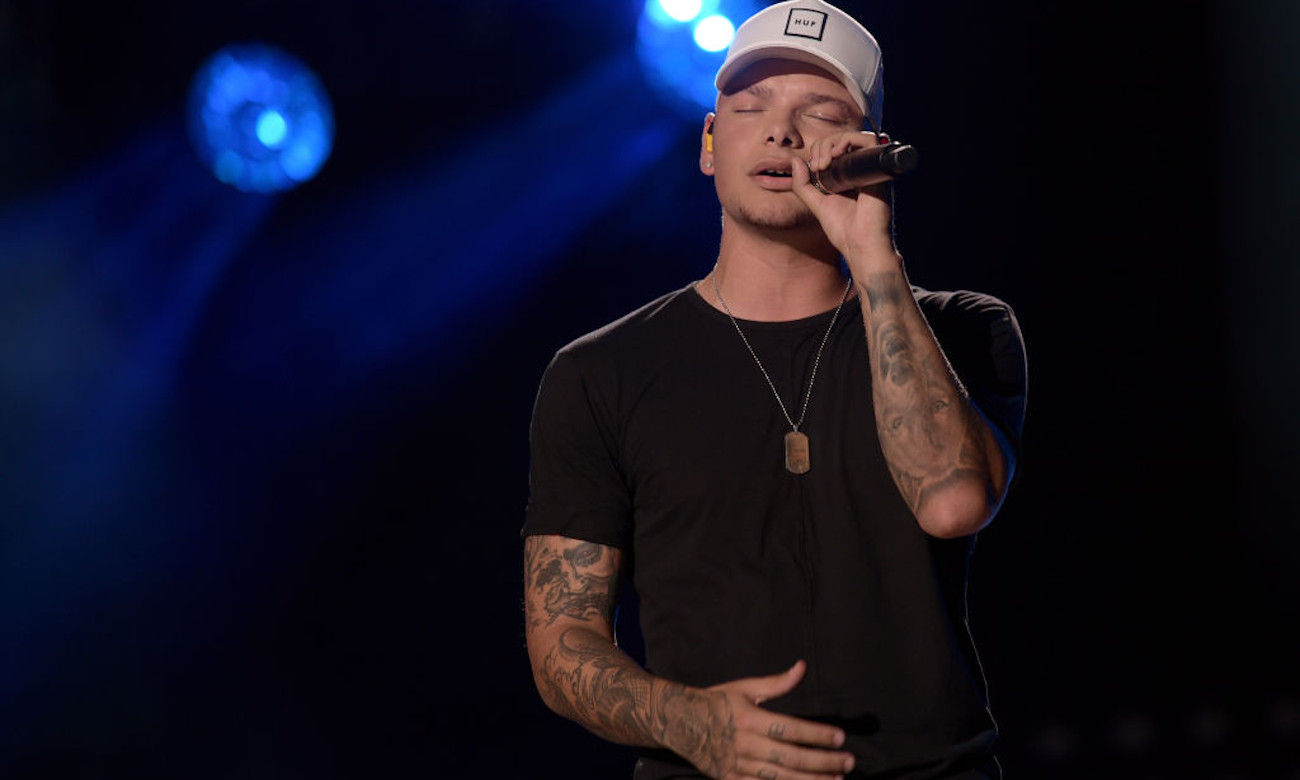 The Country Music Hall of Fame and Museum also has its own podcast. Through their podcast “Voices in the Hall,” they interview some of the industry’s most influential figures and celebrated artists. Peter Cooper, the Hall of Fame senior director, hosts the podcast.

Season 2 of the podcast features various artists and figures including Kane Brown, Julie Miller, Linda Ronstadt, and also The War and Treaty. 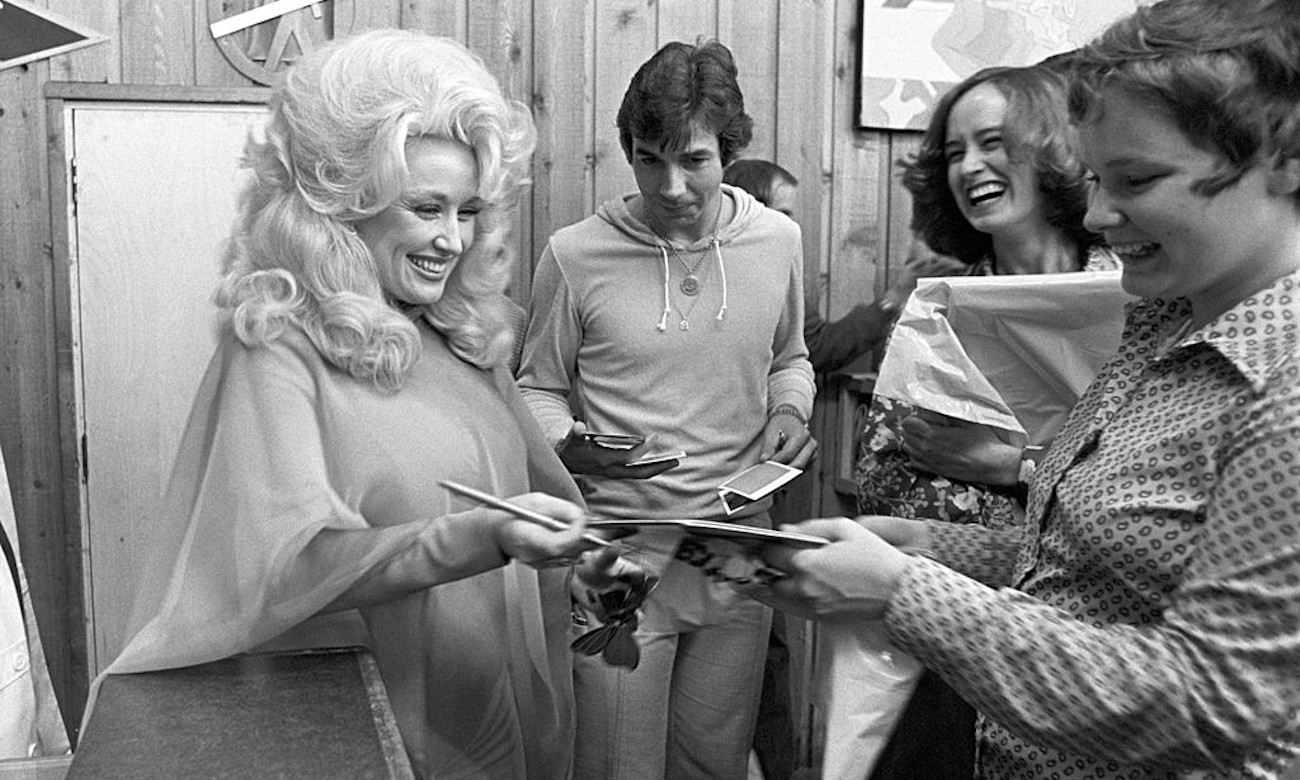 Who doesn’t love Dolly Parton? The podcast “Dolly Parton’s America” explores the lasting legacy and appeal of everyone’s favorite country legend. Hosts Jad Abumrad and Shima Oliaee chronicle the wide-spread appeal of Parton, who continues to be a staple in the country music industry.

“In this intensely divided moment, one of the few things everyone still seems to agree on is Dolly Parton—but why?” the hosts wrote on its website. “That simple question leads to a deeply personal, historical, and musical rethinking of one of America’s great icons.  Join us for a 9-part journey into the Dollyverse.”