Home › Entertainment › Music › Happy Birthday Brad Paisley: All You Need To Know About the Country Superstar

Happy Birthday Brad Paisley: All You Need To Know About the Country Superstar

Brad Paisley turns 48 today. The country singer was born on Oct. 28, 1972. Paisley captures the hearts of millions of fans when he debuted his first album in 1999. In the years since Paisley continues to be one of the most celebrated country musicians in the modern era.

Over the years, he’s produced a number of No.1 hits, but audiences will always remember Paisley for “He Didn’t Have to Be.” The song featured on the artist’s debut album and turned an up-and-coming Paisley into a superstar. The song reflects on a relationship between a son and his step-father.

Paisley grew up in Glen Dale, West Virginia where his passion for music blossomed. When he was 8, his grandfather bought him his first guitar.

Four years later, Paisley played for church and civic meetings and regularly performed for the Jamboree USA radio show. Paisley gained such a following that the program invited him to be a full-time musician while he was still a teen. In 1996, he wrote the David Kersh song “Another You.”

Paisley Was Successful From The Beginning

In 1999, Paisley exploded onto the country music scene with his first album Who Needs Pictures, which sold over a million copies. Singles “He Didn’t Have to Be” and “We Danced” topped the charts.

The next year, in 2000, the ACM named him Best New Male Vocalist. Likewise, the CMA awarded Paisley the Horizon Award. The accolades kept pouring in when the Grammy’s nominated Paisley for Best New Artist. The Grand Ole Opry also accepted the young country singer into their rank in 2001.

The 2000s saw Paisley produce a string of hits starting with his second album Part II in 2001. That album produced “I’m Gonna Miss Her (The Fishing Song)” as well as three other Top 10 hits.

In 2001, Paisley also met his wife actress Kimberly Williams. The couple shares two children together. For his next album, Mud on the Tires, Paisley traded humourous for sad with a duet with Alison Krauss on “Whiskey Lullaby.” The collaboration won several awards.

Paisley’s next four albums continued the singer’s good fortune and success. In 2006, he won a CMA Award for Musical Event of the Year for “When I Get Where I’m Going,” which featured Dolly Parton. He also received the ACM and CMA Awards that year for Best Album.

In 2007, Paisley won his first Grammy Award and also won the ACM and CMA Awards for Male Vocalist of the Year. A year later, he co-hosted the CMAs with Carrie Underwood, a role he returned to several times.

The Artist Made A Rare Miscalculation in 2013

In 2013, Paisley produced a rare misstep when he recorded the song “Accidental Racist” with LL Cool J. The song initially debuted on the top of the country chart.

But people criticized the song for its subject matter and themes. After the song, Paisley returned to less weighty subjects in his follow-up songs.

Outside of Singing, Brad Paisley Featured on ‘The Voice’ 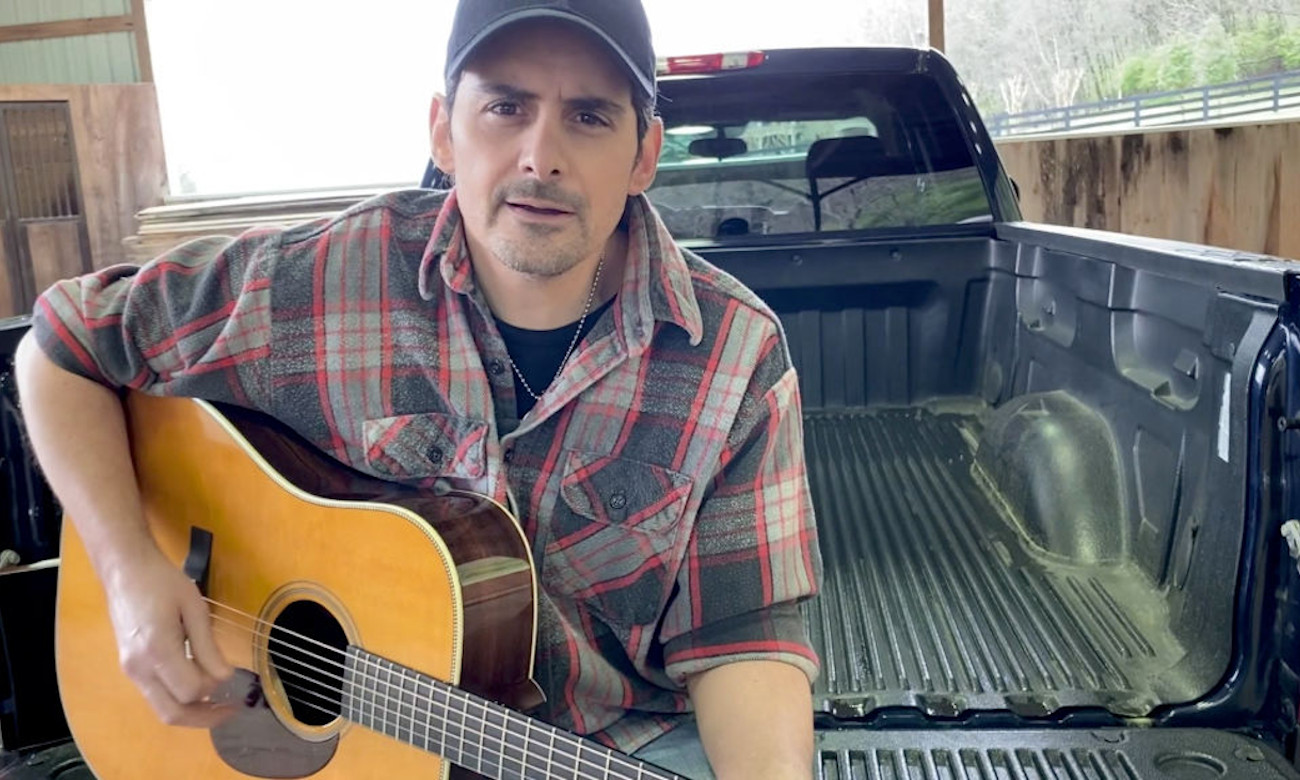 Outside of music, Paisley has lent himself to producing Nationwide insurance commercials with former NFL player Peyton Manning. Previously, Paisley had recorded the theme for Tuesday Night Football, a parody video.

In 2015, Paisley brought his musical expertise to musical competition The Voice. He helped fellow country singer Blake Shelton by being a mentor for Shelton’s team.

Paisley Has Continued to Tour and Produce Albums

Paisley’s most recent studio album Love and War dropped in 2017 and peaked at No. 1 on the country chart. Paisley continues to perform, but like most country musicians, has taken some time off in the COVID-19 pandemic.

Paisley has spent the extra time at home rescuing donkeys with his wife at their Nashville farm. He also donated over a million free meals to families who are struggling in September.