‘Yellowstone’ TV: How Country Music Plays a Major Role in the Paramount Series

Establishing a tone for Yellowstone is something showrunner Taylor Sheridan nails from the opening credits. In addition to the poignant dialogue from the main characters and gorgeous western scenery, one instrument that the creative team behind the Paramount Network series implements to draw in audiences is country music.

Yellowstone‘s soundtrack is full of country music from a wide range of artists. However, it isn’t the Top 40 Country you might hear on the radio. The music in the series has a particular edge to it that provides a raw grit that perfectly compliments the overarching feel of the show and the untamed wild of the Dutton’s Montana ranch.

One of the major forces behind bringing the gritty country sound to the show is Ryan Bingham, who plays Walker on the series.

Ryan Bingham on His Music in the Show 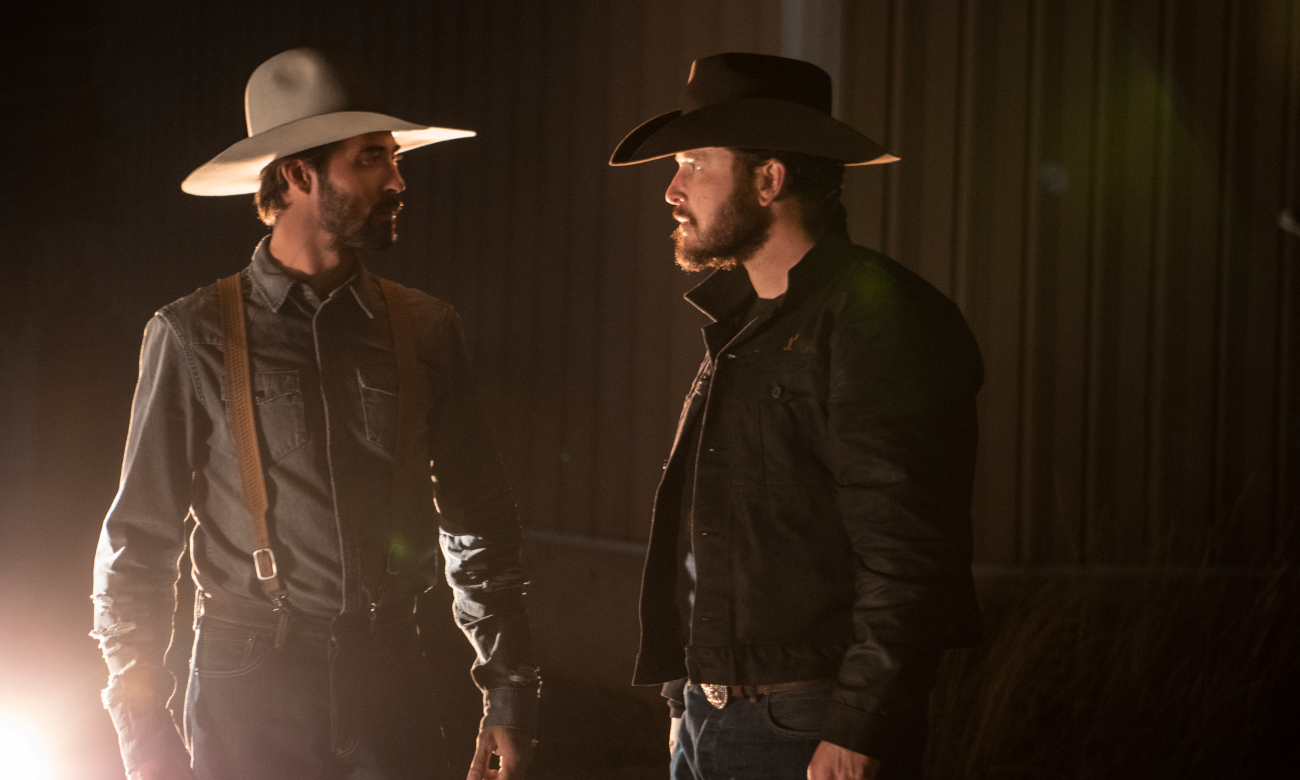 Ryan Bingham opened up during an “Artist Spotlight” video for the official Paramount Networks YouTube page about the opportunity to work on Yellowstone.

“Originally, when I was approached at the show, it was mainly about the music,” he said. “I had met Taylor, we’d hit it off and kind of became friends. Taylor found that I come from a ranching family in New Mexico and grew up riding horses and things like that.”

Bingham explains that Sheridan later reached out to him about a deeper involvement with the show than just the music.

Bingham on Being Vulnerable With His Songs

According to Bingham, it requires a considerable amount of emotional vulnerability to put his songs in the show.

“Sometimes it can be so difficult because the songs are so personal to me,” he said. “So, to take that stuff and put it into a TV show and into the hands of this character puts me in a vulnerable state as well. Cause I have to have a certain amount of trust in the show, and in Taylor’s writing and all that, just to kind of put that stuff on the table.”

Some of Ryan Bingham’s songs featured in the show include “Sunrise,” “Bread and Water,” and “Tell My Mother I Miss Her So.”

One of the most gripping moments of the series to date is a flashback to a moment between Kevin Costner’s character John Dutton and his father. Not only does the interaction between Dutton and his father evoke strong emotions, but also the use of Chris Stapleton’s gravelly vocals on “Daddy Doesn’t Pray Anymore” brings it all together.

Check out the scene from John Dutton’s touching moment with his father below: 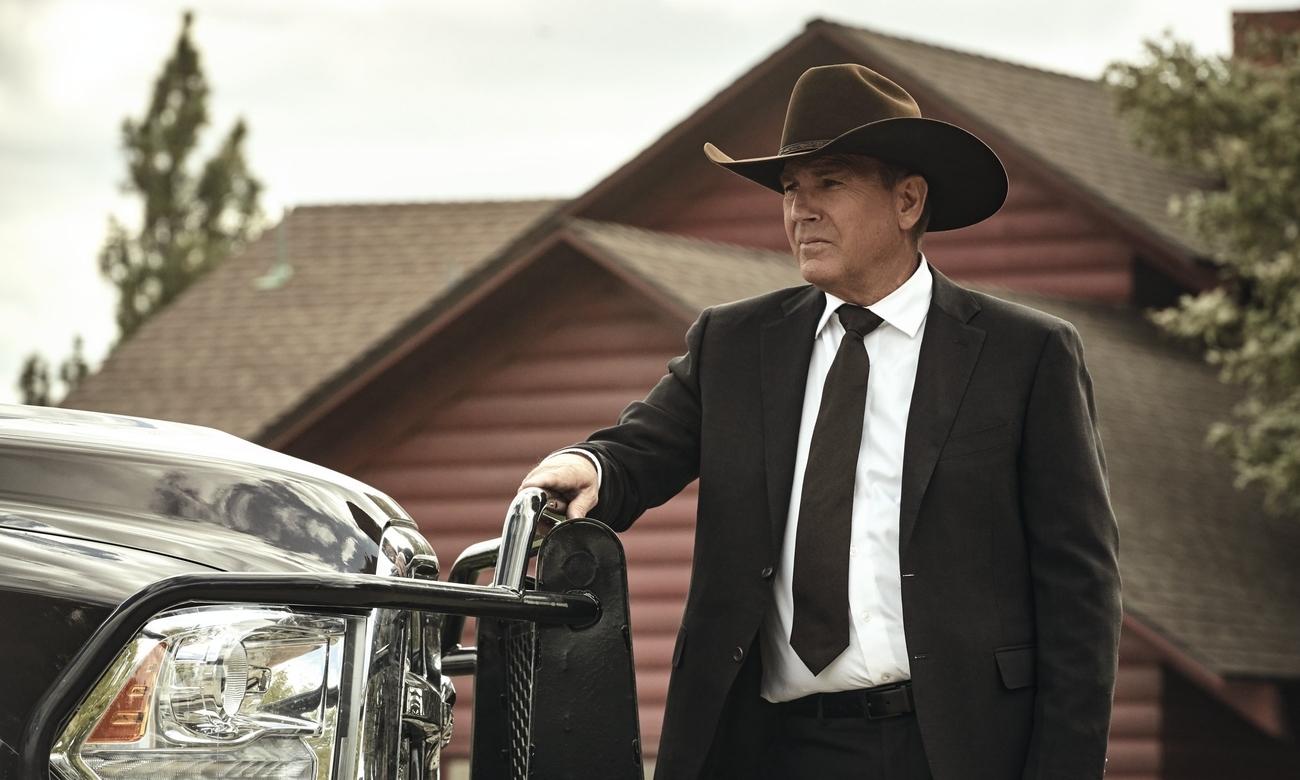 While many around the world know Costner for his major Hollywood blockbuster films, most people likely don’t know that Costner is also a talented musician. He writes and performs with his band, Kevin Costner & Modern West.

Earlier this year, Costner’s band released an album inspired by the show. The 65-year-old actor spoke out about several of the songs and how they directly connect to certain plot points in Yellowstone.

“‘Won’t Stop Loving You’ is about [John Dutton’s] inability to let go of his [late] wife,” he tells TV Insider. “‘Better Let Somebody Love You’ is his hope for man-eater Beth. That music all has to do with either characters or how I was feeling while I was there. My trailer is right on the property. To look at the same mountains that Lewis and Clark came down—that’s never lost on me. There’s times when it’s so hot, the pine needles are bouncing on the ground. When the wind blows, there’s that smell. It never leaves you.”

During an interview, Costner spoke out about the song and how special it is to hear his daughter sing it. “‘Heaven’s Gate’ started with a banjo melody,” he said. “It’s written by Teddy Morgan, Jack Williams, and Lilly Costner.”

He continues by saying: “It’s a special treat for me when my daughter sings. She does sing the lead vocals on ‘Heaven’s Gate.’ And it’s really a song about redemption when it’s maybe not even possible. While it has a light and airy feel, it’s really beautifully conceived in its simplicity. It’s a bit of a haunting song.”

In addition to music from Ryan Bingham, Chris Stapleton, and Kevin and Lily Costner, Yellowstone features a number of gritty tunes from some of the most popular names in the subgenre of country music.

On Spotify, the ‘Yellowstone’ playlist has more than 40k followers. Some of the heavily played songs from the show include “Stone” by Whiskey Myers, “Mercy Now” by Mary Gauthier, and “Tumbleweed” by Puscifer.

Judging by the show’s massive popularity, the series has made an impact on viewers all over and the music clearly has a lot to do with it.