‘Yellowstone’ TV: Who Is Jennifer Landon, the Actress Who Plays Teeter?

In addition to bringing some of the most gripping storylines to date, Yellowstone introduced one of the most beloved characters of the series in Season 3: Teeter. The rough-around-the-edges cowgirl is played by Jennifer Landon.

After her scene-stealing debut in the show, many fans want to learn more about the actress behind the character. Let’s get to know more about her.

Who Is Jennifer Landon?

Jennifer Landon, who often goes by Jen Landon, was born on August 29, 1983, in Malibu, California. She’s the daughter of Hollywood star Michael Landon and Cindy Landon. She earned a BFA in Drama at New York University. While in NYC, Landon studied with the Atlantic Theater Company Acting School.

Jen’s father, Michael Landon, starred in a number of wildly popular TV shows such as Little House on the Prairie and Bonanza. According to Jen, she watches her father’s old on-screen appearances from time to time.

In April of 1991, doctors diagnosed Michael Landon with pancreatic cancer. According to Jen, learning of her father’s illness at the age of 7 held a profound impact on her life. “I was not ready. I wasn’t ready to hear it at all, not at all,” she said.

Furthermore, Jen spoke about her loved ones taking her to say her final goodbyes to her father. “I cried when they did that. They took me over there. I was like, ‘No, I don’t want to! I don’t want to.’ I think there’s a part of me that has not gotten older, right since then.”

Before appearing in Yellowstone, Jen appeared in Animal Kingdom, Chicago Med, and Days of Our Lives.

Jennifer Landon on What Teeter Brings to ‘Yellowstone’

At the beginning of Season 3, John Dutton charges Rip Wheeler with hiring several new ranch hands. However, John gives Rip strict instructions about hiring a woman to live in the bunkhouse with the rest of the men.

“There was a line that if they were going to get a girl she needed to be ugly or mean, and then they saw me somehow and they said, ‘Perfect,'” Landon said.

In Teeter’s opening scene, she flawlessly shows off her roping and riding skills that impress both Rip (Cole Hauser) and Lloyd (Forrie J. Smith). The two call over Teeter and soon learn of her distinct accent and tough-as-nails personality.

While Teeter looks right at home riding horses and around cows, Jennifer explained how filming scenes herding cattle gave her a scare.

“The day I had to be in the middle of the cows was the scariest,” she tells Decider. “I expected movie cows, and I didn’t expect to be thrown into a shoot with just regular farm animals. At one point, I got head-butted into a gate, but eventually, I felt like I was in communication with the cows. I was scared, but Teeter’s courage gives me courage, and for a moment I got to feel like a badass.”

According to Jennifer, she relishes the chance to play a character like Teeter. “I just felt excited and honored to join a show where women really, for lack of a better term, have life by the balls,” she said.

On getting the role in ‘Yellowstone’…

According to Jennifer, landing the role in Paramount Network’s Yellowstone marked one of the best opportunities of her career thus far.

“Yellowstone‘s amazing. I’m a lunchbox actor. Each job is a job fought for and a job got,” she tells Decider. “So after all that hard work, to get something like Yellowstone and to get to work with Taylor Sheridan, who I have tremendous respect for, and with actors of this caliber, it’s a no-brainer. Plus, I don’t know if I’ll ever audition for a part as cool as Teeter for the rest of my life. And I’m kind of okay with that.”

Jen also recalls reading the first script in which her character Teeter enters the show. “I got two pages to read for Yellowstone. It’s the first scene Teeter does in the show, and there was a character description along with it,” she said. “I can’t remember it exactly, but even separate from that, all of Teeter’s dialogue is written phonetically. My prep is always a little different for everything, but for that audition, I looked at a lot of photos of female cowgirls and female ranchers for two hours until I just sort of felt something in my body.” 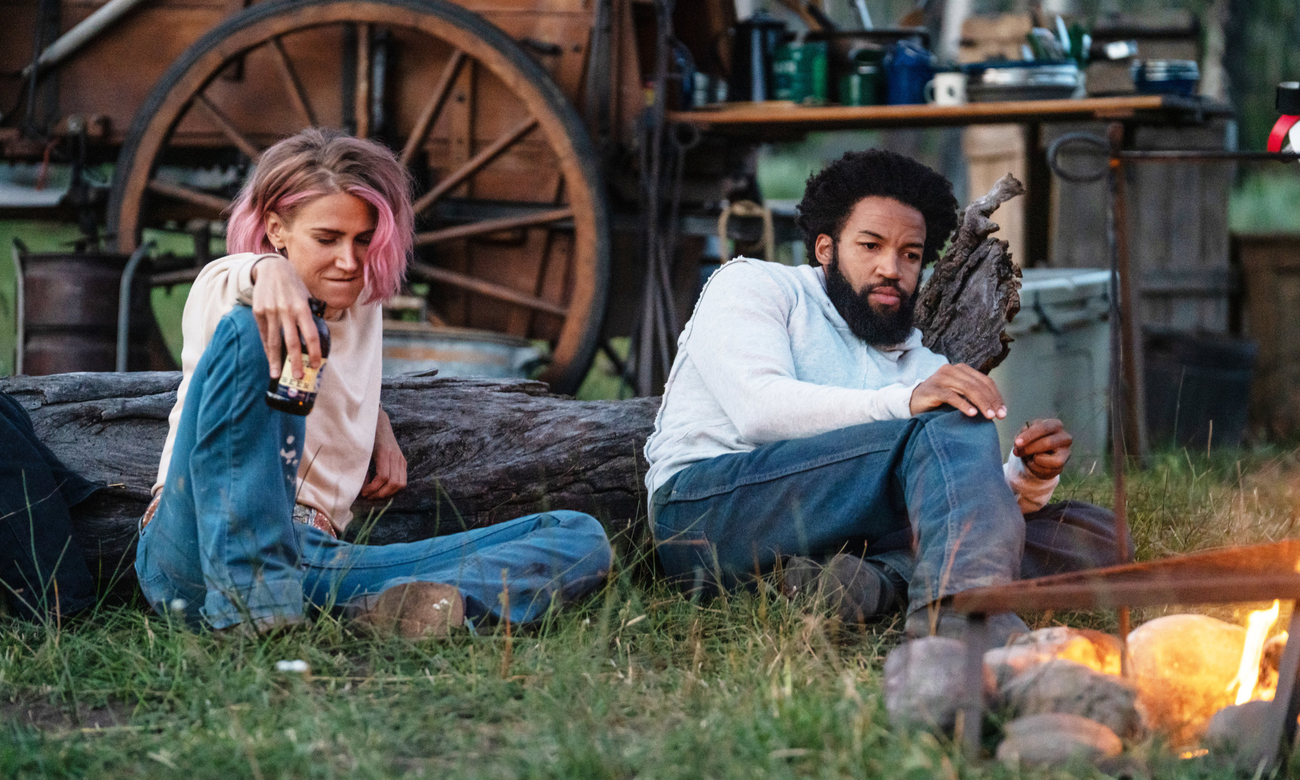 One of the notable features of Teeter’s character is her pink hair. According to Jen, the hair color makes a statement.

In addition to the pink locks, Teeter’s thick accent is another detail about her character that makes her stand out from the rest of the ranch hands at the bunkhouse. “One of the things I’ve been clear about from the beginning is that the way Teeter speaks is not representative of a region or a state or anything,” she said.

Yellowstone Season 3 features some of the most poignant quotes of the entire series. Writer and creator Taylor Sheridan delivers all the knockout-punch dialogue, as well as the heartfelt honesty fans that have come to love and expect from the show. Check out some of the best quotes from Season 3 below:

1. Learn to be meaner than evil and still love your family and enjoy a sunrise. – John Dutton
2. I believe in lovin’ with your whole soul and destroying anything that wants to kill what you love. That’s it. That’s all there is. – Beth Dutton
3. You are the trailer park; I am the tornado. – Beth Dutton
4. You’re my son. I know exactly who you are, and don’t you ever be sorry for it. – John Dutton
5. I look at every day with you as a gift. – Rip Wheeler
6. Winners are never judged by how. They save that for the losers. – Angela Blue Thunder
7. There are monsters everywhere in this world. You just gotta kill ’em when you find ’em – Kayce
8. Mister, I don’t know you, but if you’re wearin’ that brand, you must be a bad man – Walker
9. You always preached the truth. You said it’s all a man has, his word. Judge him by nothing else. – Jamie to John
10. You know, when you boil life down, it’s funny just how little you need, isn’t it? – Rip Wheeler